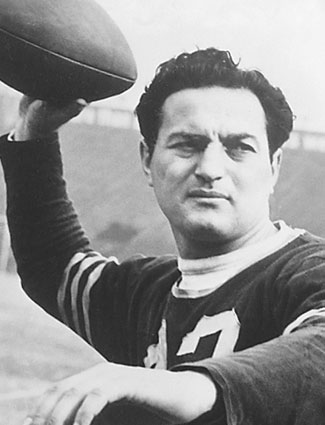 An alumnus of Brooklyn’s Flatbush Boys & Girls Club, Sid Luckman earned a permanent place in football history. An All-American at Columbia University, he graduated at the top of his class in 1938. During 12 years with the Chicago Bears (1939-1951), the quarterback led his team to four World Championships, the precursor to today’s Super Bowl, and along with Coach George Halas pioneered the T-formation that revolutionized football. Named All-Pro eight times and MVP three times, Luckman went on to coach the Bears and several college teams before leaving the football field for the business boardroom.