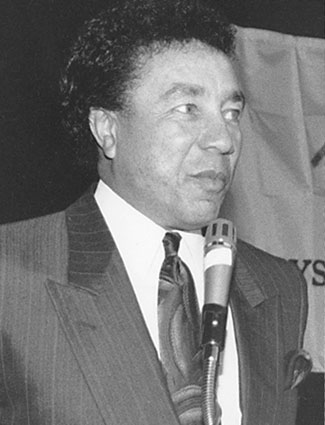 As a young man, William “Smokey” Robinson received a helping hand from the Boys & Girls Clubs of Southeastern Michigan in Detroit, the city where the Motown Sound revitalized American music. At age 13, the budding singer teamed with a group of schoolmates known as The Miracles. Together they recorded such hits as “The Tracks of My Tears” and “Tears of a Clown.” Robinson also wrote songs for other artists, including such classics as “My Girl.” He was inducted into the Rock and Roll Hall of Fame in 1987.