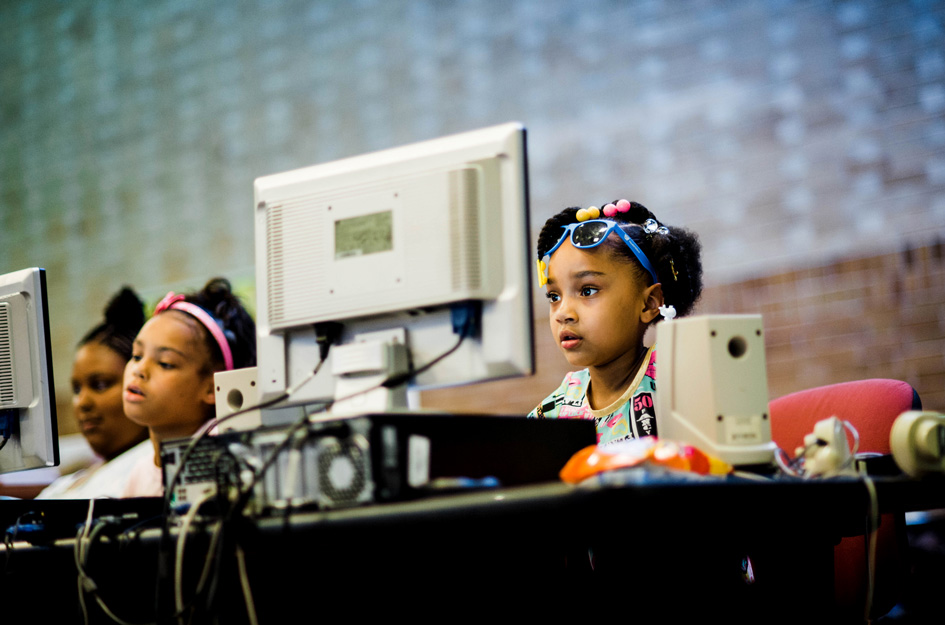 Ensuring all young people have access to technology and the chance to build skills that will prepare them for the 21st-century workforce and world.

Defined by Code.org as “using the power of computers to solve problems,” computer science builds core competencies applicable to any career, including problem-solving, innovation and creativity. And that’s no small matter, with computing jobs the #1 source of new wages in the United States and projected to grow at twice the rate of other occupations. The critical need to fill these positions is clear, with college graduates holding a computer science degree earning 40 percent more than graduates who majored in another area.

Yet over half of U.S. schools don’t offer computer science classes, with the gap increasing for children who live below the poverty line. There are fewer women, people of color, and individuals from low-income and rural communities pursuing STEM educations or careers, as well. This unequal access diminishes young people’s career prospects across most industries because computers are commonplace in nearly all workplaces.

Boys & Girls Clubs of America believes our nation has a duty to close this opportunity gap and ensure all young people have a chance to build the technical skills needed for the modern-day workplace. By introducing youth to computer science activities and sparking interest in related careers, Boys & Girls Clubs play a critical role in this effort.

Complementing traditional academic environments, out-of-school time programs play an important part to provide youth access to skills and resources through interesting, enjoyable activities that ignite their interest and provide opportunities to try something new or practice what they’ve learned in school.

After-school computer science and STEM programs provide kids with a safe, supportive place where they can get creative, fail without judgement and persevere. Such project-based learning environments offer activities that relate to real-world experiences and career exploration. Because many after-school programs serve youth who come from populations and communities that are underrepresented in STEM fields, they are a critical resource for those most likely to be left behind.

Together with Microsoft, BGCA is working to ensure all kids have the opportunity to realize their full potential. Over two decades, this partnership has provided young people around the country access to computer science educational resources, preparing and inspiring millions of youth to pursue tech careers.

In 2015, Microsoft and BGCA teamed up to power our CS Pathway, a series of programs that meet Club members and staff at respective levels of ability, from coding basics to app development. Microsoft also invested in professional development for Club staff to support implementation of these programs.

Through our partnership with Microsoft, BGCA is bringing engaging computer science education experiences to children and teenagers who need it most. Kids like Divya and Cheno from the Boys & Girls Clubs of Hudson County in New York, whose stories capably demonstrate technology’s power to fuel great futures.

Ways to Give - Help bring computer science to more kids!

Dec. 3-9 is Computer Science Education Week. Led by Code.org, this annual grassroots campaign is intended to inspire interest in computer science among students from kindergarten to twelfth grade, reinforcing the vision that computer science should be a part of every school’s core curriculum alongside other STEM courses such as biology, physics, chemistry and algebra.