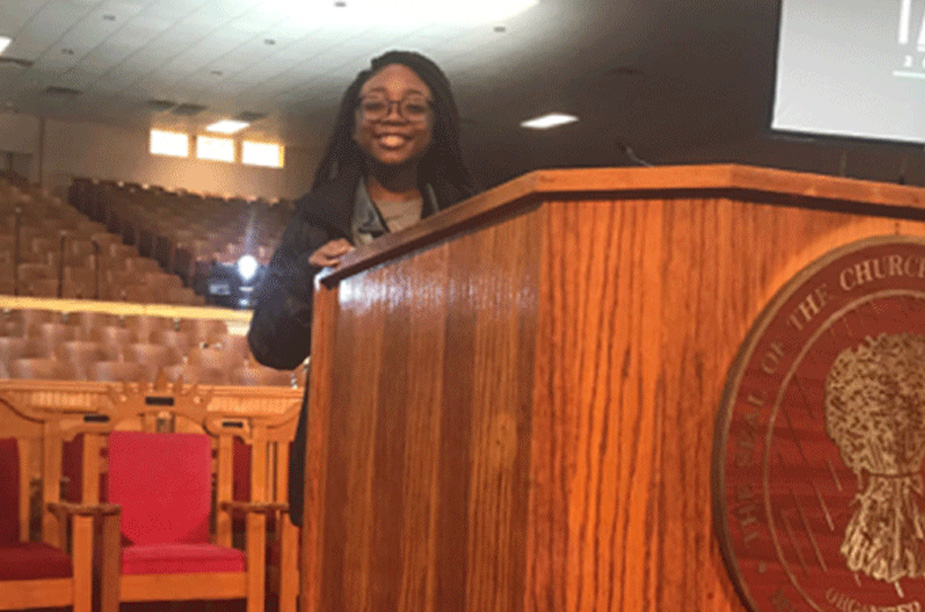 Hey Everyone! This is Alexia L. the 2016-2017 Northeast Youth of the Year! I hope everything’s been going well for everyone this past week. My week has been amazing; I got the opportunity to travel with my job NextGen America and meet a ton of cool people in the historic Memphis, Tennessee. Here’s a walk through my experience.

I traveled with my new friend Tyshera, she attends one of the rivals to my school Hampton University, Norfolk State University! We met at the airport and took our journey to Memphis. 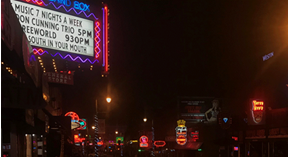 The Blue City Café as seen from Beacon Street in downtown Memphis.

Once we got there we ate at Blues City Café on the iconic Beale Street. The Gumbo there was amazing, and the décor definitely brought you back to the 60s.

After eating we met up with the other NextGen fellows from across the country. NextGen gave this unique opportunity to young black and brown students to travel to Memphis to celebrate the life and legacy of the late great Rev. Dr. Martin Luther King Jr.; and to learn how to enhance our activism through this training conference.

All of the NextGen fellows at the Memphis activist training

We met up, got to know each other, and discussed the game plan for the next day.

The conference was held at the church where MLK Jr. delivered his last speech “I’ve Been to the Mountain Top” before he was assassinated, The Church of God in Christ. It was incredible walking into the massive church because we were greeted by slideshows of MLK, as well as the sound of his voice.

The room was silent other than the playing of his speeches, but just walking in you felt the power of the conference that was about to take place and the intensity of the man that laid the groundwork for it.

This was the 50th anniversary of the conference, and of the death of MLK Jr., so it was bound to be an exciting one. The first two days of the conference were all training and engagement. We were a part of so many great trainings, but my favorite was the one entitled “The Intersectionality of Race and Policy.” The ideas that were brought up there were so moving and inspiring. I took tons of notes and things to take back to enhance my own activism.

In the other workshops of the day we were joined by guests like CNN commentators Van Jones and Angela Rye and civil rights leaders like Rev. Al Sharpton and Jesse Jackson, which was like a dream come true for me! The setting was very intimate, so we actually got to have conversations with these people. I was super star struck by Angela Rye and she was incredibly sweet and so inspiring.

The Church of God in Christ, where MLK delivered his final speech before being assassinated and where this conference was held. 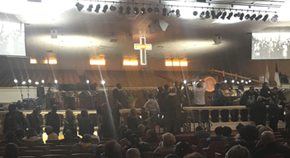 The Church of God in Christ, where MLK delivered his final speech before being assassinated and where this conference was held.

The final day of the training was the march. We did this to commemorate and celebrate the final march that MLK Jr. took part in for the rights of the sanitation workers and the Poor Peoples Campaign, which has been revived this year!

We were joined by guests like Common, Bernie Sanders, the King family and more!

The march was very powerful just because of the mass of people that were a part of it and the kinds of people that saw it. Many kids were outside on the streets looking at us in awe, and it was amazing to show them how to fight for what is right the same way MLK Jr. did.