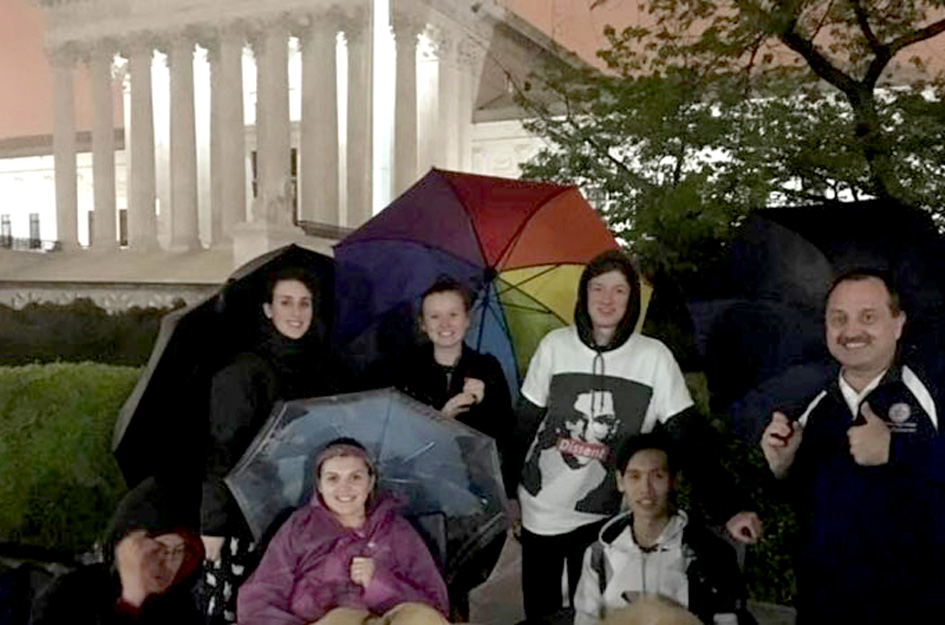 As a young person, I get to witness history being made. This change is typically a new iPhone, presidential election or creation of new medicine. But sometimes, you’re lucky enough to witness not just history, but a change in the world; I knew I had experienced this when I spent a night waiting for Trump v. Hawaii, the court case known famously for the travel ban.

For April vacation, I flew to Washington D.C. with my We the People/AP Government Team. I instantly fell in love with the historical buildings and a city too busy to sleep. In between visiting the Newseum, Washington memorials and Congress buildings, a group of my friends discovered that Trump v. Hawaii would be debated on Wednesday morning at 10 a.m.

This case would determine if the travel ban, which prohibits members of 8 countries worldwide, from entering the United States. The travel ban has created great uproar throughout the last year, with pros and cons being pointed out as we determine if it follows our ideals as Americans. When my We The People team discovered that this case would be occurring during our trip, we flocked to the Supreme Court to figure out how we could get involved.

The campers we met outside of the Supreme Court had eaten, slept and lived on the sidewalk for four days to save a spot in line for the case. Five friends and I made our plan; we would find the closest Walmart, buy tarps and umbrellas to combat the rain and bring blankets from our hotel. In order to guarantee a seat during the case, we would have to sleep in front of the building overnight. 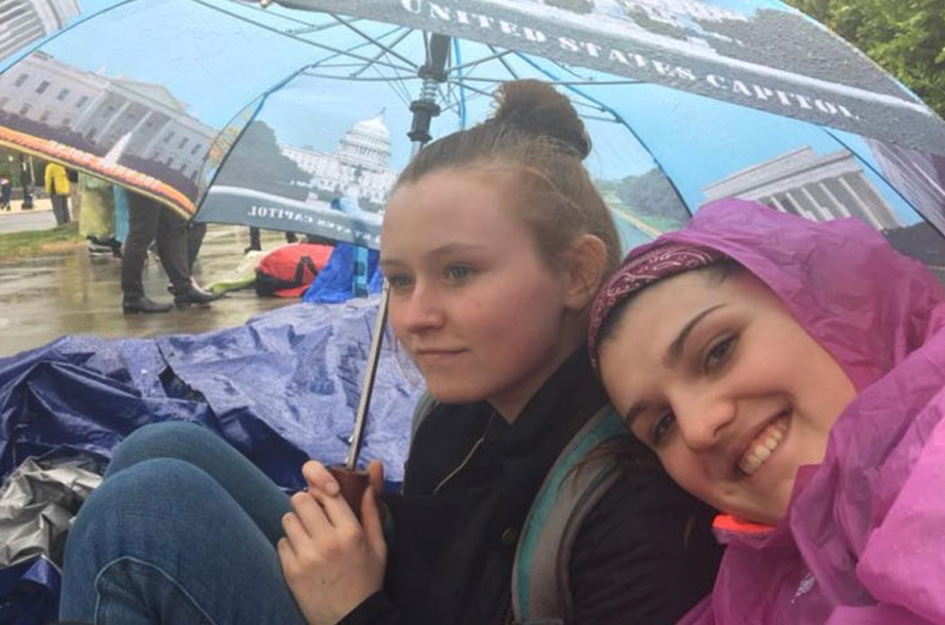 Our group laughed, cried and lived outside on the Supreme Court sidewalk for 24 hours straight in the pouring rain. After a day of waiting and three security checks, my friends and I were able to witness Trump v. Hawaii ourselves. The debates about national security and immigration challenged our opinions and made us think deeply.

The Supreme Court justices created scenarios for the lawyers and cited previous court cases as evidence. The room itself was beautiful, with long red curtains covering the windows and scenery carved into every wall. But most of all, it showed us how much America cares about justice.

Our country truly cares about doing the right thing; making choices that benefit all of our citizens and taking great care with our legislation. We wouldn’t have the Supreme Court, Senate or House of Representatives if this wasn’t true. Despite the arguments the travel ban has created this year, one thing is true- we are lucky as Americans to live where truth is so meticulously sought out.

The experience itself was magical. But most of all, my friends and I were incredibly proud to be Americans after our 24 hour escapade to the Supreme Court.