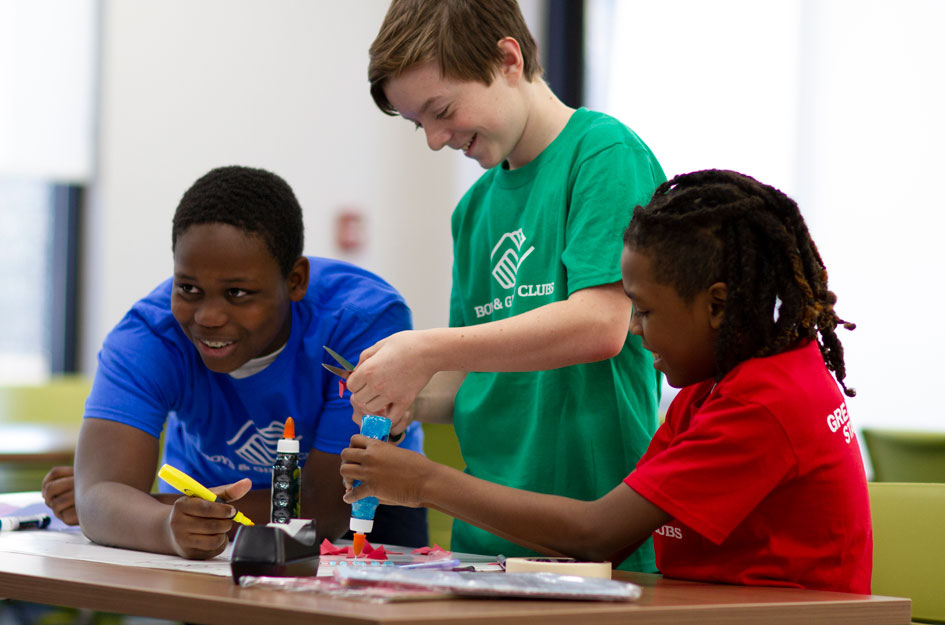 Club leaders from across country meet with Members of Congress

“For more than a century, Boys & Girls Clubs have served as the leading advocate for kids and teens, standing up for their needs when others were silent,” said Jim Clark, president and CEO of Boys & Girls Clubs of America. “We come together today to further that commitment by working with Congress and all levels of government to advocate for our youth, especially the ones who need us most. Every day, Club staff are making differences in the lives of our youth, closing the opportunity gap many of our kids and teens face. It’s our duty to be a voice for the next generation so that all children have the same types of opportunities and experiences in order to achieve their true potential.”

In its fifth year, Boys & Girls of America’s National Days of Advocacy empowers Club leaders to build awareness and garner support for programs that enable kids and teens to reach their full potential as productive, caring, responsible citizens. Advocates will meet with their members of Congress in the Senate and House of Representatives and will get the opportunity to honor Boys & Girls Clubs of America’s Champions of Youth award recipients at a Tuesday night reception. 2019 honorees include: Senators Jeanne Shaheen (D-NH) and Shelley Moore Capito (R-WV) and Representatives Rosa DeLauro (D-CT) and Jackie Walorski (R-WV).

Serving more than 4.3 million youth at 4,300 sites, Clubs are located in cities, towns, public housing and on Native lands throughout the country at a time when supporting America’s youth has never been more urgent. Currently, one in five young people lives in poverty and one in six is unlikely to graduate high school on time. Over 11 million young people are unsupervised after school, when juvenile crime escalates. Clubs are open every day afterschool and, as data indicates, provide programming that closes this opportunity gap so that all young people have the opportunity succeed.

Club leaders, volunteers and youth will get a chance to speak about the vital services their Clubs provide and the critical federal programs that enable them to have positive impact on our Nation’s young people. Federal programs, like the U.S. Department of Education’s 21st Century Community Learning Centers (21st CCLC) and the U.S. Department of Justice’s National Youth Mentoring program, are a crucial component that makes Clubs and the youth they serve successful. The 21st CCLC initiative helps improve academic achievement and keeps young people safe during afterschool hours. In 2018, 212 Boys & Girls Clubs in 48 states, D.C. and Puerto Rico received 21st CCLC funding for 565 Club locations. Through the Department of Justice Youth Mentoring Fund, Clubs served 31,000 youth in all 50 states and at overseas military installations with a focus on at-risk youth, Native youth, delinquency and gang prevention, and military youth. Both of these programs help young people succeed in school, work and life.

“Clubs partnering with the Federal government is the ultimate public private partnership, focusing together on solutions and polices having the greatest impact on the youth of this country,” said Julie Teer, Chief Development & Public Affairs Officer at Boys and Girls Clubs of America. “Club advocacy isn’t just a one-day event. We are motivated and committed to raising our voices on issues impacting youth in our country and the programs and solutions that set them on the path to great futures throughout the year.”