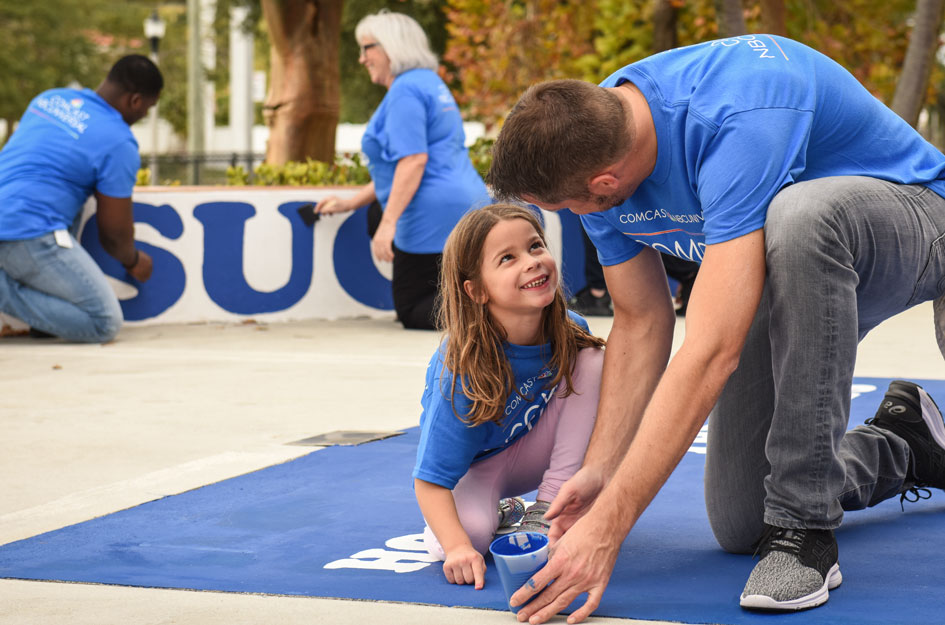 Volunteers will enhance and beautify Clubs, engage in digital literacy efforts, and much more as part of Comcast NBCUniversal’s year-round commitment to service and volunteerism.

ATLANTA – May 3, 2019 – Nearly 50 Boys & Girls Clubs across the country will benefit from hours of landscaping, painting, mentoring, cleaning and other efforts provided by thousands of Comcast NBCUniversal volunteers during the 18th annual Comcast Cares Day, being recognized this year on Saturday, May 4.  The tradition is one of the largest corporate commitments to volunteerism and service in America, bringing together more than 100,000 employees, their friends and family members, and local leaders to “make change happen” in their communities.

"Comcast NBCUniversal's partnership has made an incredible impact on Boys & Girls Club kids and teens, and communities around the country," said Jim Clark, president and CEO of Boys & Girls Clubs of America. "Thanks to Comcast Cares Day, thousands of volunteers have supported improvement projects that ensure youth have safe, positive and engaging spaces to go afterschool where they can develop critical life skills and make lasting connections with caring mentors." 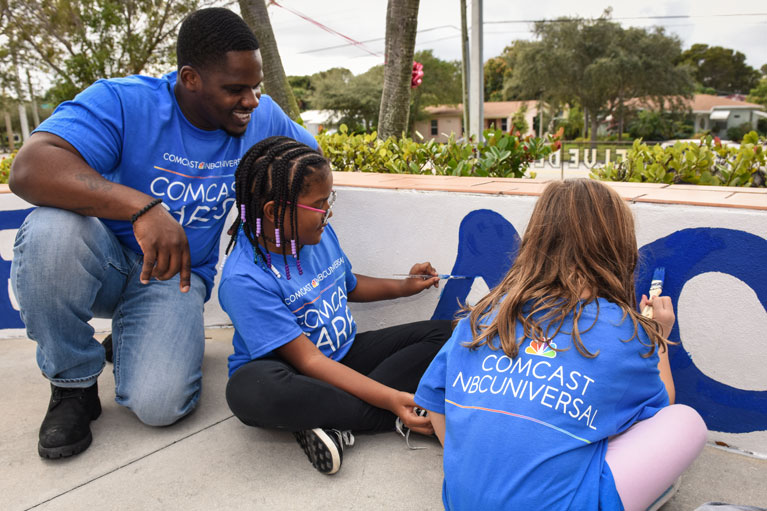 Some projects taking place this Comcast Cares Day include:


Comcast NBCUniversal has partnered with Boys & Girls Clubs of America for nearly 20 years, supporting digital literacy and providing youth with the skills they need to succeed in the digital economy.  This includes initiatives like My.Future, which was launched in 2014 by Boys & Girls Clubs of America in partnership with Comcast NBCUniversal to provide access to a variety of digital programs and activities to help develop the knowledge and skills needed to succeed.

Since the first Comcast Cares Day in 2001, more than 1 million Comcast Cares Day volunteers have contributed over 6 million service hours to improve local communities at more than 10,000 projects around the world, celebrating the company’s year-round commitment to volunteerism and service.  To date, the Comcast NBCUniversal Foundation has awarded nearly $25 million in grants to local nonprofits who have served as partners on Comcast Cares Day, including Boys & Girls Clubs of America.

About Comcast Corporation
Comcast Corporation (Nasdaq: CMCSA) is a global media and technology company with three primary businesses:  Comcast Cable, NBCUniversal, and Sky.  Comcast Cable is one of the United States’ largest video, high-speed internet, and phone providers to residential customers under the Xfinity brand, and also provides these services to businesses.  It also provides wireless and security and automation services to residential customers under the Xfinity brand.  NBCUniversal is global and operates news, entertainment and sports cable networks, the NBC and Telemundo broadcast networks, television production operations, television station groups, Universal Pictures, and Universal Parks and Resorts.  Sky is one of Europe's leading media and entertainment companies, connecting customers to a broad range of video content through its pay television services.  It also provides communications services, including residential high-speed internet, phone, and wireless services.  Sky operates the Sky News broadcast network and sports and entertainment networks, produces original content, and has exclusive content rights.  Visit www.comcastcorporation.com for more information.