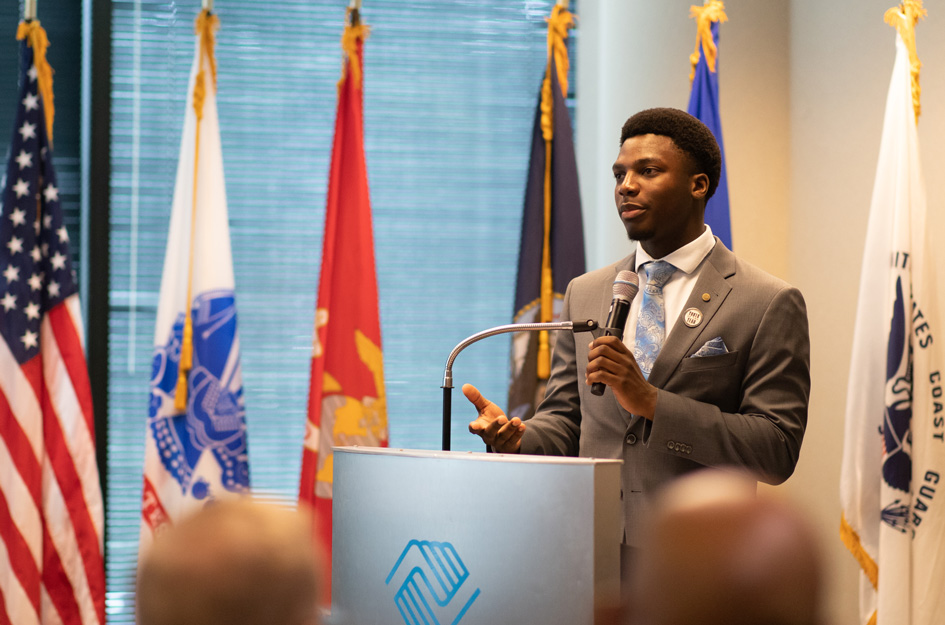 Boys & Girls Clubs of America provides programming and resources to more than 500,000 military-connected youth in Clubs in local communities and BGCA-affiliated Youth Centers on military installations.

Serving in the military—or having a family member who serves—is an unmatched honor, but it can also provide families with a unique set of challenges. Christian A.’s childhood was segmented by a series of moves. Every year and a half, for several years, he and his family would be relocated by the military to a new city or state.

“Moving didn’t seem too hard when I was small, because my mom made things look easy,” Christian said. “But when I grew older, it became harder to leave my friends and community behind.” He was naturally shy and reserved around other kids, often hesitant to speak up for himself. His father, a Major in the U.S. Army, also faced a number of deployments that stationed him away from Christian and his family.

“Constant military moves and multiple deployments truly tested the resiliency of our family,” said Daisy, Christian’s mom. “We pulled together and made it work.”

As a teenager, he joined the Hillside Youth Center at Joint Base Lewis McChord, and that’s when everything began to change for Christian. The staff at Hillside helped him come out of his shell and find his voice, providing caring mentorship, guidance, and encouragement.

“Boys & Girls Clubs opened my life to a whole new world of community service and leadership,” said Christian, who is very active in Keystone Clubs, a leadership development program, and Passport to Manhood, a program aimed at reinforcing character, leadership, and positive behavior in young men.

Since 1991, Boys & Girls Clubs of America has partnered with the U.S. Armed Services to support military families, and provides programming and resources to more than 500,000 military-connected youth in Clubs in local communities and BGCA-affiliated Youth Centers on military installations, like Hillside.

“The Youth Center has been invaluable to our family and all families of teens at Joint Base Lewis McChord,” said Daisy. “I’ve seen firsthand how the staff members at Hillside have worked to create a safe and welcoming ‘home away from home’ for our teens. The teens are nurtured and encouraged to be the best they can be every day."

When Daisy, a special education teacher, started to find it challenging to leave work in time to pick Christian and his younger brother Ethan up from school, it was the Youth Center that stepped in to provide a solution.

“My husband was on a Temporary Duty Assignment to Thailand, and I had just started a new job,” she explained. “I heard about a program at Hillside that bussed our teens from the local schools to the Teenzone. Many military families relied on this service to ensure our children made it home safe.”

The Youth Center also provided a host of experiences that allowed Christian, Ethan, and his parents to spend time together—including opportunities to travel.

“My parents have been able to bond with us more by attending family trips sponsored by Boys & Girls Clubs of America,” Christian said. “It has been a blessing to us all.” 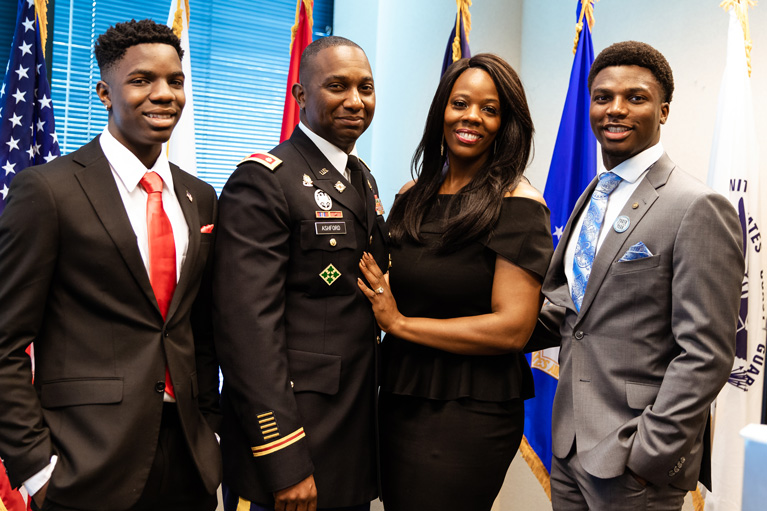 In 2019, Christian was named Pacific Military Youth of the Year, and has had the chance to promote a platform of anti-bullying at Boys & Girls Clubs and BGCA-affiliated Youth Centers across the country. He was also recently accepted to the United States Military Academy West Point, where he will bring the skills and confidence he gained at the Hillside Youth Center and through serving as Pacific Military Youth of the Year to pursue a career in the U.S. Army.

“Boys & Girls Clubs provided me with so many opportunities, and in return I was allowed to be a leader and work to give back to my Club and community. Now, through my service, other young teens are learning how to give back,” Christian said. “My life will never be the same.”

To learn more about Boys & Girls Clubs of America’s partnership with the U.S. Armed Services, and how Clubs and Youth Centers are doing whatever it takes to provide support for military families like Christian’s, visit BGCA.org/military.
Add your comment