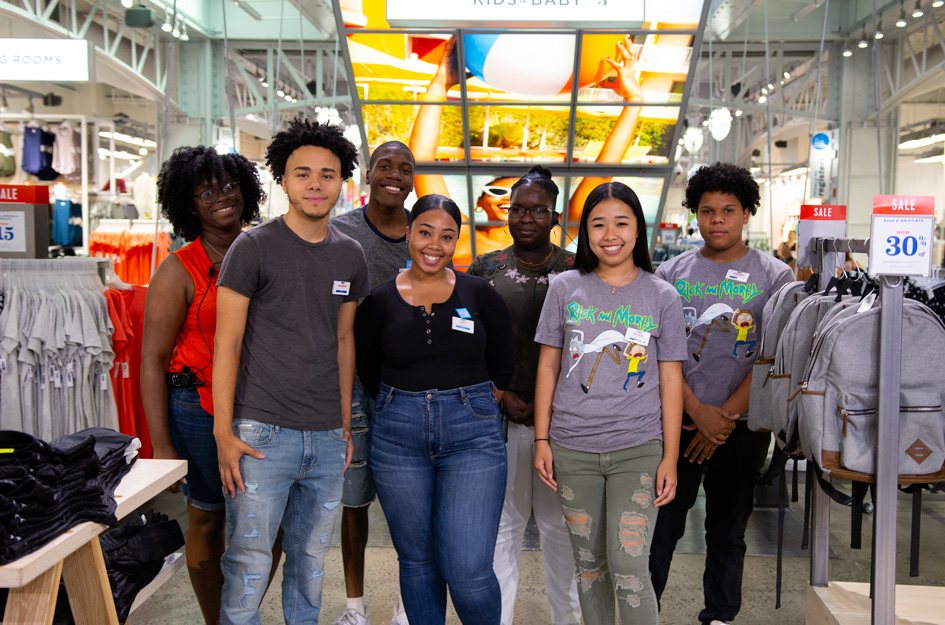 Workforce Readiness programs at Boys & Girls Clubs of Northeast Ohio led Kody A. to his first job at Old Navy

Kody A. closes his eyes and dreams of sitting on sunny Miami Beach, not a couch in his midwest hometown. Before he packs his bags, the recent Boys & Girls Club graduate knows that steady employment and well-rounded job skills are key ingredients for success in a competitive workforce.

“I know if I sit at home, that I won’t make any money, and I am determined to achieve my goals,” said Kody, 18. “I’ve always wanted to one day live in Miami and get away from the cold winters.”

Growing up in Cleveland, Ohio, Kody was never in one place for too long. He regularly moved to live with different family members and did not have role models in his life who worked consistently. But Kody’s older brother and the Boys & Girls Clubs of Northeast Ohio gave him the motivation and positive examples he needed to gain invaluable experience that would prepare him for the real world before  high school graduation. Kody’s older brother, Frank A., always expressed interest in becoming a race car driver. Through career coaching and workforce readiness programs at the Club, Frank identified career pathways that could get him closer to his dream. He secured an internship, and later a permanent job, at a car dealership in his community. Frank’s leadership stood out in extracurriculars, and he was named 2019 Youth of the Year for Boys & Girls Clubs of Cleveland, now known as Boys & Girls Clubs of Northeast Ohio.

Tory Coats, director of career readiness for Boys & Girls Clubs of Northeast Ohio, said that while positive mentorship and friendships influenced Kody to attend workforce readiness programs when he began high school, it was his remarkable drive to seize opportunities that made all the difference. Kody saw the impact and opportunities the Club helped his brother realize, and he was excited to see what he might learn and achieve.

“Wherever my brother went, I went along too. So when he started working, it convinced me to not stay in the house every day and head to the Club,” - Kody

Kody participated in This Way Ahead, Old Navy's life skills and on-the-job coaching program for 16- to 24-year olds who want to find and keep their first jobs. This Way Ahead is offered at several Boys & Girls Clubs across the nation for youth to learn new and transferable career and life skills, gain valuable first-job experience and get a boost in confidence – not to mention a paycheck.

Tory said the prospect of employment at Old Navy entices teens to attend the Club in high school and complete workforce readiness programs. Teens are familiar with the Old Navy brand and get excited about working in a store, he said. Last year, 15 teens from Boys & Girls Clubs of Northeast Ohio were hired at Old Navy after completing the program.

“For many teens, Old Navy is their very first job opportunity. Their dream job doesn’t have to be working in retail but it can be their first step in a series of steps along a career pathway,” Tory said. “The skills they acquire at Old Navy, like collaboration, team building and conflict resolution, prepare them for any job they might have in the future.”

“The hands-on skills training and real-life work experiences attract youth to the Club. It’s an investment in our community and closes the economic opportunity gaps that exist in our urban areas,” Diana said.

As many families navigate an uncertain economy during the COVID-19 pandemic, the Club continues to provide support and mentoring, Diana said. Workforce readiness programs train teens across many different areas so they have options for securing employment now and in the future.

In the past two decades, employment rates for teens plummeted from nearly 50 percent to about one-third in 2018 due to fewer low-skill, entry- level jobs and other factors like schooling and unpaid internships, according to Pew Research Center. The pandemic further exacerbated job insecurity for young people. About 50 percent of workers age 16 to 24 are employed in service industries that faced a higher rate of closures during COVID-19 outbreaks, according to Pew.

Tory, of Boys & Girls Clubs of Northeast Ohio, said he can clearly observe growth in teens who participate in the program. They begin to pay attention to appropriate work attire and become more confident in their appearance. Sometimes, teens need to approach their store managers when shifts conflict with school schedules.

“I see the wheels turning as they explore resources and options instead of just giving up,” - Tory

Teamwork, communication and problem-solving became routine skills that Kody employed as a Brand Associate at Old Navy. He remembers coworkers keeping each other accountable for maintaining neat, organized clothing shelves and fitting rooms. Kody’s favorite part of the job was talking and interacting with customers and coworkers.

Kody and other This Way Ahead participants receive mentoring and support from an Old Navy Store Manager and seasoned associates. Kody’s mentor advised him to practice staying calm when the store gets hectic and to look for ways to pitch in during slower times.

For the 11 months that Kody worked at Old Navy, he rode the public bus to his evening shifts. His Boys & Girls Club purchased bus passes until Kody received his first pay checks. Then, he learned to budget his income and buy passes for himself. 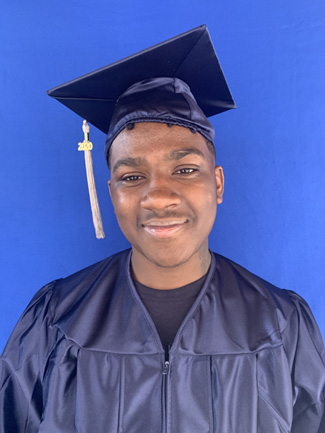 Kody graduated high school in May, an accomplishment that he said surprised many friends and teachers who considered him a class clown, and perhaps someone who would drop out before earning a diploma. After some school attendance issues, Kody transferred schools for the last semester, enabling him to avoid past distractions and progress toward graduation, he said.

While Kody's dreaming of one day living in Miami, his eyes are wide open for new opportunities where he can use the skills learned in This Way Ahead and acquire new ones. He is now working in a fulfillment center for a major e-commerce company to save money for trade school to become a welder. He recently returned to Old Navy to share his experience with new employees.

“Everything I learned from This Way Ahead I will take into the future,” he said.


Learn more about how Boys & Girls Clubs are preparing the leaders, innovators and problem-solvers of tomorrow.