DeVon Holmes from the Cindy Platt Boys & Girls Club of Transylvania County wins the $10,000 Taube Family Prize in Recognition of Excellence in Coaching

Local Club mentor DeVon Holmes was selected as the Positive Coaching Alliance’s National Coach of the Year. Every year Positive Coaching Alliance, a partner with Boys & Girls Clubs of America, awards a youth sports or high school sports coach whose has at least three years of head coaching experience who reflects the model of a “Double-Goal Coach”, whose first goal is winning and whose second, more-important goal is teaching life lessons through sports. 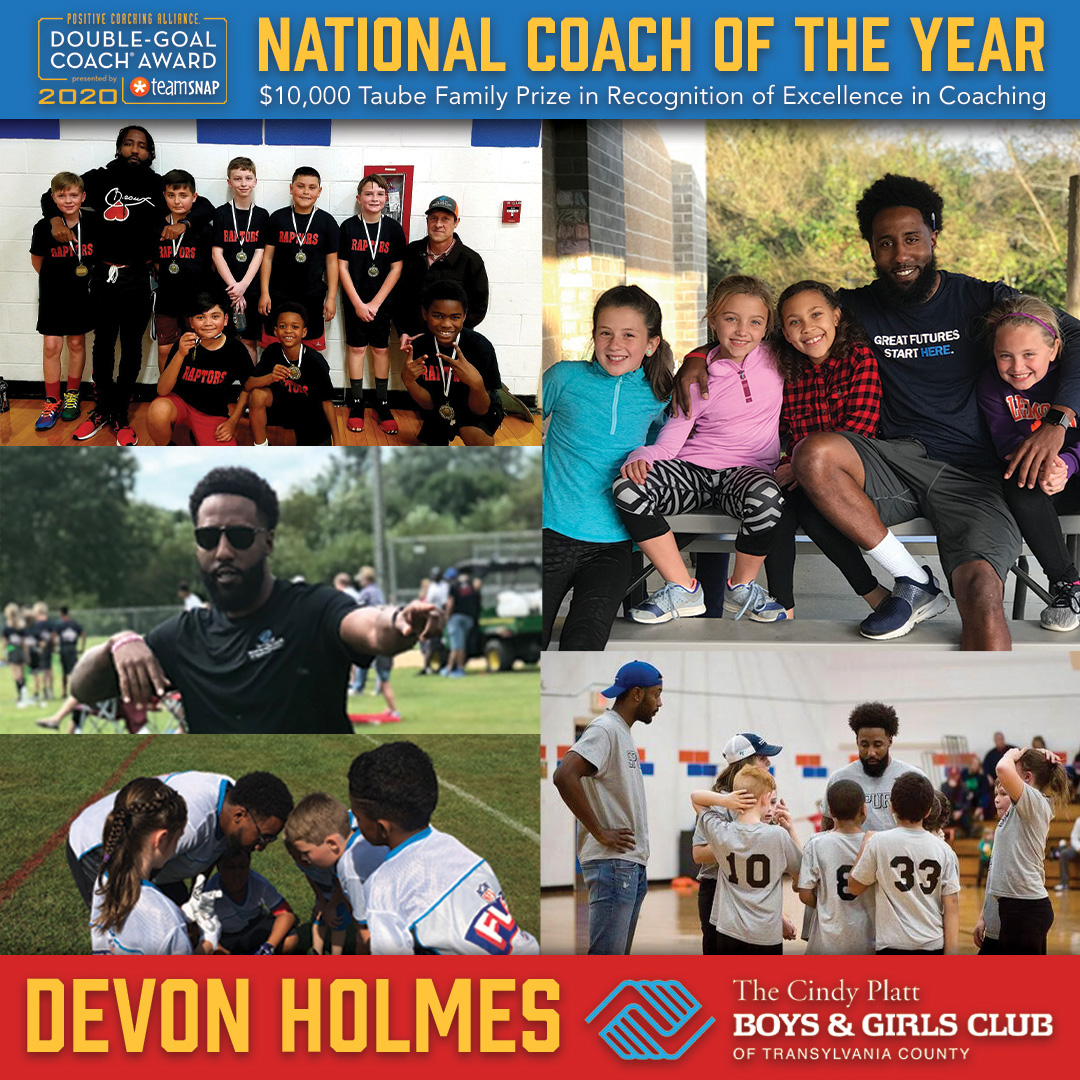 “DeVon leads by example for all youth sports coaches, making sure kids and teens are learning competencies and gaining confidence while having fun playing sports,” said Heather Campbell, Senior Director, Youth Development Programs, Boys & Girls Clubs of America. “Community heroes don’t always get recognized; we are proud Positive Coaching Alliance is highlighting him and his work at the Club. We thank DeVon for the time and energy he gives to the youth in his community and to the Boys & Girls Club."

DeVon Holmes came to coaching after a college football career at Brevard College in North Carolina where the team often volunteered at the Boys & Girls Club. He grew up in Conyers, Georgia, 20 minutes east of Atlanta, Ga., where he was a standout football player on the Heritage High School football team. He received his bachelor's degree from Brevard in 2014 majoring in political science and education with a minor in business and organizational leadership.

After football had ended his senior year and looking for something to do to fill his time, he joined the Boys & Girls Club as a program specialist, never expecting to stay beyond college. However, he quickly found his niche in the gym, leading Boys & Girls Clubs of America’s Triple Play program and encouraging kids and teens to get active. When he arrived, the Club had no sports program, however, DeVon worked with the operations director to identify the needs within the Club, find out what the kids wanted, and then worked to form relationships with partner organizations to ensure the Club’s teams would be welcome since they aren’t a traditional little league or rec team.

His involvement in bringing sports opportunities to the Club was built in part on his knowledge of what a positive experience sports had been for him all those years prior. Holmes said, “My vision wasn’t to create a sports program starting off but then I saw kids latching onto it, I realized we had something.” The Club uses Triple Play to introduce kids to many different sports so they can find one that interests them and everyone finds something they are good at and where they can find success.

An administrator at the Club describes Holmes as calm, quiet, and a man of few words. Jamie Atkinson, his direct supervisor at the Club and the person who nominated him for the award shared that, “The great thing about this is that when he does speak, EVERY member in the room makes sure that they are listening with intent ears. This also means that DeVon chooses his words very carefully, as he believes that no spoken word should ever be wasted.” Holmes takes the time to get to know the kids and their families personally so that he can best provide support to each member individually based on their needs. 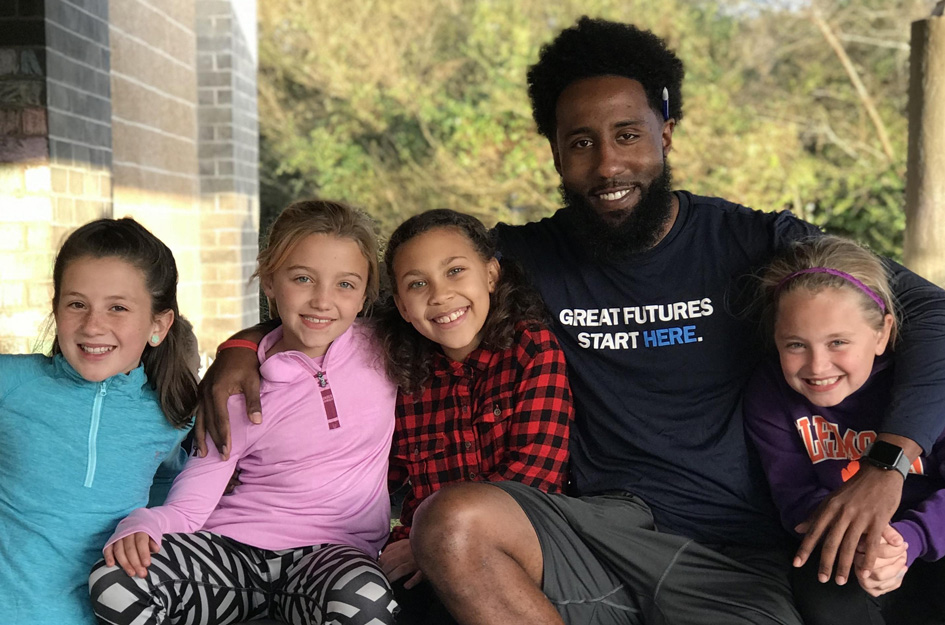 "We are proud to recognize DeVon Holmes with the National Coach of the Year Award for his tremendous impact on the youth of his community. Now, more than ever, we need coaches who help educate, mentor and positively impact youth and Holmes is doing his part to ensure that sports helps bring people together. It is coaches like DeVon who help youth succeed in and out of sports, creating better athletes and better people,” said Chris Moore, Positive Coaching Alliance, Chief Executive Officer.

DeVon will keep $2,500 and give $7,500 to the Cindy Platt Boys & Girls Club of Transylvania County, earmarked for the sports programs at the Club.