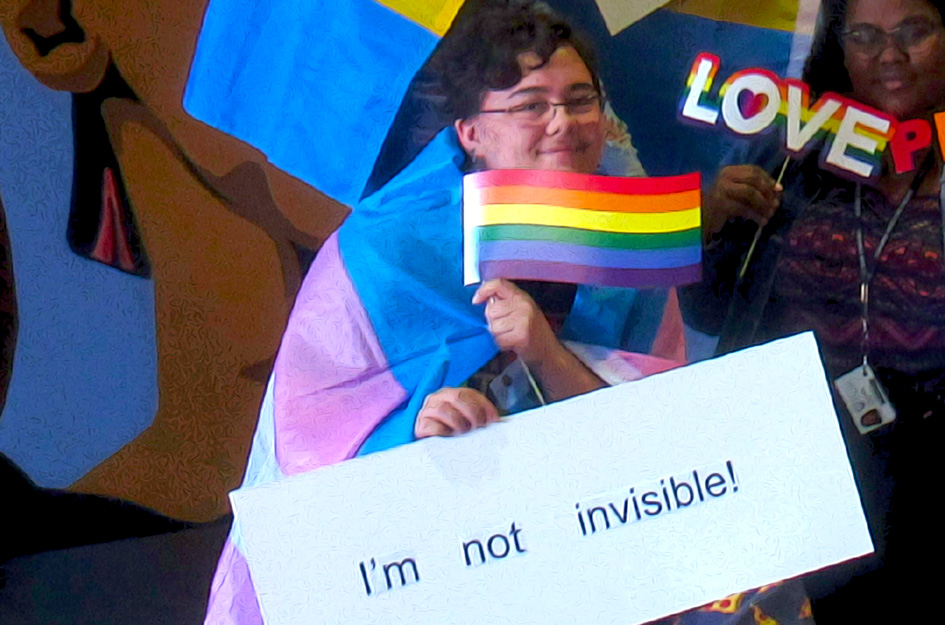 It was liberating to finally be okay with simply just being me.

Carter’s Pride: Trans Youth Finds Support at His Club
Posted 06/29/2020 by Carter B. in Teen Voice

Ever since I was a little kid, a little “girl”, I knew something was different about me. Even as a child I knew it was a little abnormal to be upset or sad when someone referred to me as a female or she/her. I wasn’t sure why I was upset to be seen this way, but what I did know was that I enjoyed pretending to be the husband while playing house a little more than all the other kids did. I wasn’t sure what those kinds of feelings meant or how to understand them, so I just buried them deep into the back of my head until middle school.

Although I tried to suppress my feelings, I couldn’t erase all the thoughts and questions surrounding my identity. After doing my own research, the term that seemed to resonate with my feelings and thoughts the most was “transgender”. My research also showed me how terribly treated and represented transgender people were, so I was very afraid of identifying that way, instead I chose to identify as a female TERF (Trans-Exclusionary Radical Feminist) up until my junior year of high school. When I finally sat down and wrestled with my feelings surrounding my identity, I came to terms with the fact that I proudly identified as transgender. I couldn’t explain how that felt, almost like a weight had been lifted off of my shoulders that I hadn’t known was there. It was liberating to finally be okay with simply just being me.

During this period of reflection and contemplation, I joined my local Boys & Girls Clubs teen program, NAS Oceana Teen Program. When I entered the program, I entered as a female, my former identity. It was during this time that I made the decision to embrace my identity and require others to accept me as I am. The introduction of my new name and pronouns was relatively easier than I thought it would be, and it made me so happy to know that no one cared about who I was before, only who I was then.

Being the first transgender teen in that program, I was the first transgender person some of my peers knew. Some teens and staff came into the program ONLY knowing the new me, and that had to be the most liberating part of it all. Because even if they found out about my old identity, they didn’t treat me any differently. My transition and the support I received, allowed me to become the support for fellow teens going through some of the same struggles as me. The best thing I could’ve asked for was to be supported and in turn, be able to offer support and help to those in their time of need, just like others did for me.

While I had, what some would call a primarily positive transition, I did have to face the harsh reality that not everyone was going to be accepting of me and my new identity. At the same time I removed toxic people from my life, my time at the Club allowed me to gain positive mentors and a supportive community of people who were there to help me cope. Some of my biggest allies and supporters were members and staff from my Club. Their inclusion and support helped to reinforce my self-confidence. I still have a long way to go as far as my transition physically, but mentally and emotionally, there isn’t a thing anyone can do to take away my pride in being transgender because every day I remind myself of this simple fact: I am a “real man”, I am enough, and I have a supportive community. No one can take that away from me.

To learn more about Boys & Girls Clubs of America’s LGBTQ initiative and Our Commitment to Inclusion, please visit https://www.bgca.org/programs/initiatives/LGBTQ-Initiative