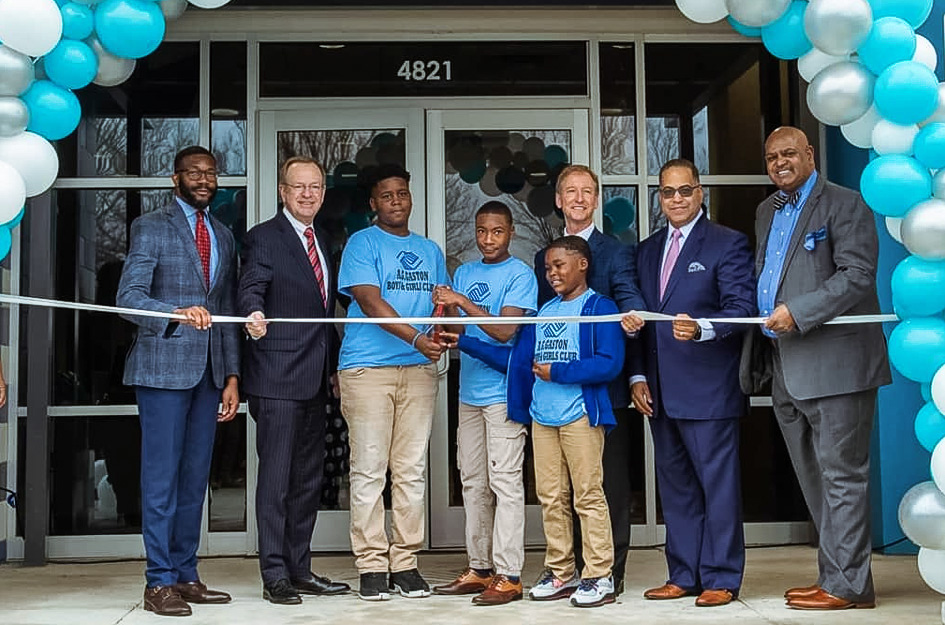 Recently, I had the honor to join members, donors, board volunteers and officials of A.G. Gaston Boys & Girls Club to cut the ribbon officially opening the new 25,000-square-foot Walter J. Howlett, Jr. Clubhouse in Birmingham, Alabama. This beautiful new facility built specifically for serving kids means the Club can serve up to 450 children and teens a day. That’s three times the average daily attendance its beloved predecessor, the Kirkwood R. Balton Clubhouse, could handle. The Howlett Clubhouse presents a real opportunity to increase impact among young people growing up in Alabama’s largest city.

Club members love it already. The first floor serves kids ages 6 to 12, with the entire second floor a dedicated Teen Center. The facility also includes a café with a connected teaching kitchen, a performance space, a multi-sport gymnasium, a games room, a music-and-theater room, an arts room, an outdoor pavilion and a teaching garden.

More than anything, community collaboration brought this state-of-the-art Clubhouse to life. In partnership with the City of Birmingham, for instance, the Club site is next to Birmingham CrossPlex, a popular 750,000-sq.-ft. athletic complex that affords the Club strong public visibility and accessibility. The Club also sits directly across the street from the Birmingham Public Library, offering opportunities for literacy and education partnerships. Finally, more than 90 percent of the $7.2 million it took to build the facility came from local leadership, as facilitated by capital campaign co-chairs Grayson Hall of Regions Financial; Lee J. Styslinger III of Altec; and Condoleezza Rice, the former U.S. Secretary of State who serves on BGCA’s Board of Governors and a native of Birmingham.

By the way, the new Clubhouse was named for the late Walter Howlett, a longtime board chair for the Club. From what I was told on opening day, the well-known businessman and civic leader, who passed away in 2017, would be proud.