Through the Illinois Freedom Project, Boys & Girls Clubs of Central Illinois teens learn the importance of Black history (and how it’s told) by touring historic sites, getting in-person experiences and having open conversations about strength and resiliency.

How do you make learning about history accessible and exciting for kids and teens? For Boys & Girls Clubs of Central Illinois, the answer is to give young people experiences, let them hear authentic storytelling and always create a safe space for open conversation.

As CEO and Executive Director Tiffany Mathis knows, just as much learning is happening on the bus, at the restaurant stop for lunch, and in watching how history is presented at historic sites and museums.

As part of the Club’s partnership with the Lincoln Home National Historic Site and the National Park Service, the Club and its teen members embarked on the Illinois Freedom Project, a youth-centered exploration of the interconnected story of slavery to freedom in the state of Illinois. Over a series of multi-day trips, they boarded a bus and toured the state, meeting with historians and archaeologists, visiting sites by day and staying on college campuses overnight. 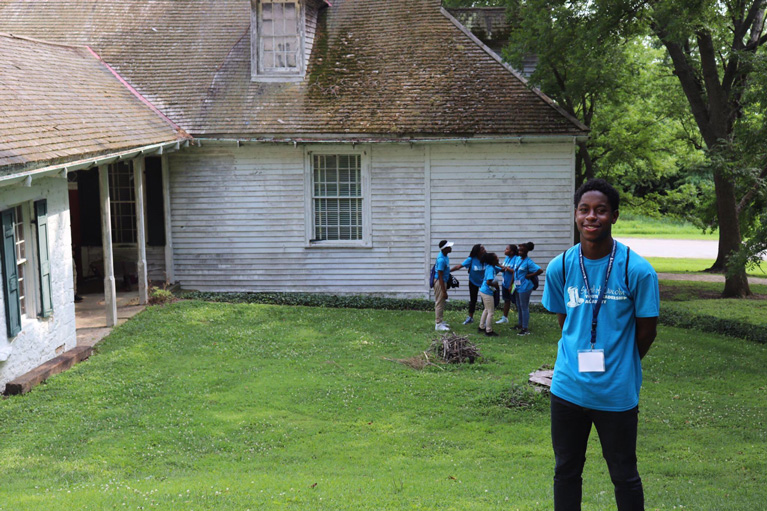 The trips were built around meaningful in-person experiences that gave Club members a chance, with some imagination, to witness history come to life.

At the DuSable Museum of African American History, teens were haunted by a display of a Ku Klux Klan outfit on a mannequin. At Cave-in-Rock State Park, they stood on the shore of the Ohio River, which divided slavery in Kentucky with freedom in Illinois – and made for perilous crossing for many enslaved people on their journey to freedom.

“So often you go to exhibits and are left with these open wounds and nobody to walk you through the emotions of the day,” says Tiffany. “These trips are more than just visiting historic places – we took kids outside their community. And if they said, ‘this is making me feel some type of way,’ whatever it was, we would talk about it.”

Opening up these conversations is a vital part to the success of this initiative, and for young people to interpret their feelings on the past and their perspectives on the future.

Springfield, Illinois prides itself on its connection to Abraham Lincoln. “We’re Lincoln 24/7 here, with a tight focus on the Lincoln family, but it’s not a diverse story,” says Tim Townsend, Chief of Interpretation at Lincoln Home, who has partnered with the local Club for years on connecting youth with history. “In Springfield, there is a much broader story we could be telling. Just down the street lived Jameson Jenkins, an African American man who was a conductor on the Underground Railroad. In Illinois, there were state ‘Black codes’ that restricted what people could do.”

Tim’s research led him to launching the Illinois Freedom Project, developed in partnership with the State Historic Sites at Springfield (Illinois Department of Natural Resources) and the Abraham Lincoln National Heritage Area, as well as many community youth organizations and mentors. The goal was to create a historical experience that engages and inspires young people in learning about the struggles and victories of Black people in Illinois.

He says, “Getting into these kinds of stories isn’t ignoring the Lincoln story – it’s putting that story in a better context.” 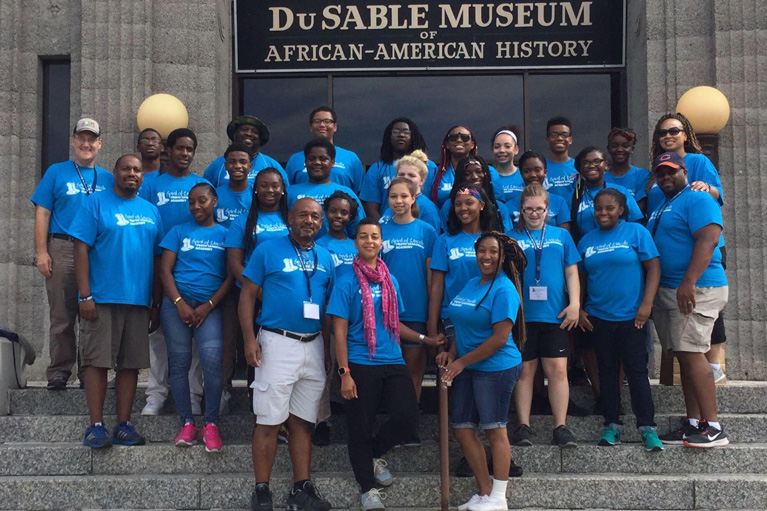 “Why was that interpreter so uncomfortable?” asked one teen during an evening debrief, regarding how some white interpreters awkwardly discussed slavery and the treatment of Black people. Others commented, “I didn’t realize white people knew so much about what happened to us and our history,” and wondered why there weren’t more Black interpreters.

All shared the emotional experience of learning about a hard past.

“Talking about slavery never feels good,” says Tiffany. “But regardless of what hardship it was – surviving the Holocaust, the potato famine, slavery – I want these kids to understand that somebody had to be strong enough for your people to have made it this far. Even in hearing a story that is hurtful, draw strength from the fact that you’re special and belong here, and you have a responsibility to make sure other people get here, too.”

While the pandemic has put a pause on in-person touring and taken the Illinois Freedom Project virtual, Tiffany and Tim are dedicated to continuing to create these experiences for Springfield kids and teens – and keeping the learning and the conversation going.


Learn more about how Boys & Girls Clubs provide safe spaces, caring mentors and life-enhancing programming that supports kids and teens across the nation in reaching their full potential.