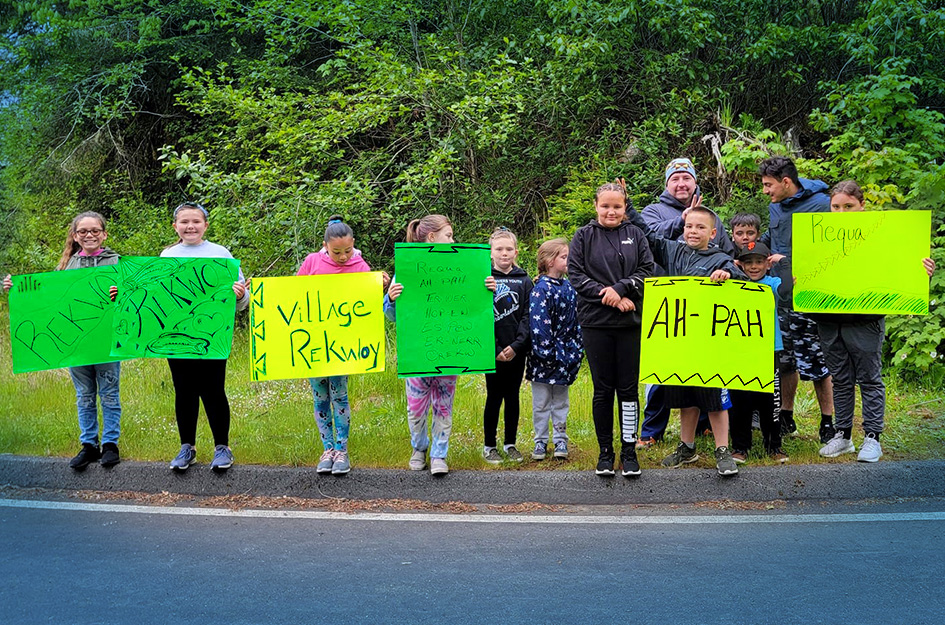 For the Tribal communities along the Klamath River in northern California, the river is their past, present and future. Explore how one Native Boys & Girls Club connects youth to nature, heritage and advocacy.

When it comes to standing up for what matters, CEO Harold Jones says the hardest part is showing up.

That’s why he was impressed when 15 Club kids laced up their shoes at 6:30 a.m. and started running along the Klamath River. They were up before the sun and would be summoned by the school bell in several hours – but for now, they were running with purpose.

The Klamath River is the heart of the northern region of California that the Hoopa, Karuk, Klamath, Modoc, Shasta and Yurok Tribes call home. 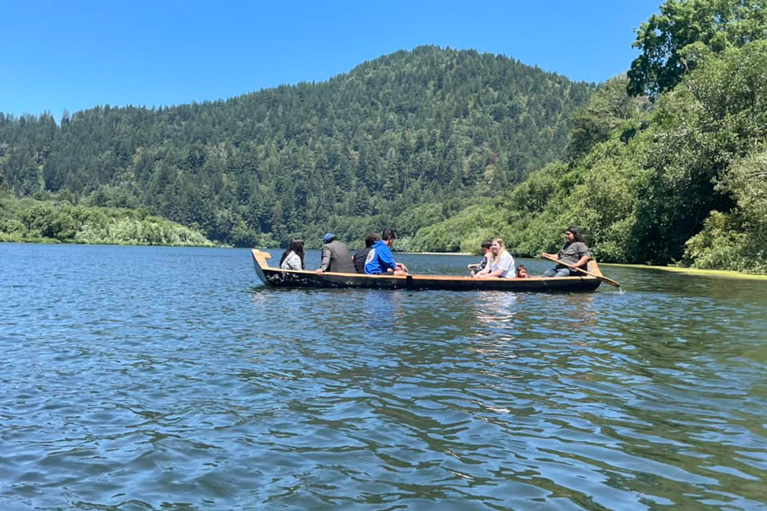 Over the next few days, Club kids joined participants in the Klamath River Salmon Run, a four-day relay over more than 300 miles. The event, in its 19th year, creates awareness of the value that the Klamath River provides to the surrounding communities, many of whom are dependent on the output of the river, including redwood trees and healthy salmon populations.

“The river is our life source,” said Harold. “It's all dammed up now and it doesn't look the way it used to when our parents were younger, our grandparents. They tell stories of this giant river and during the salmon run – when the fish migrate north to spawn – they say it was so full of fish that you could walk across the salmon.”

Salmon is critical both to the legacy of the Yurok Tribe and to their future, with the river experiencing significant change in the last few decades. Just about 5% of the former salmon population remains after a series of dams were installed and conversations around removing the dams have garnered national attention. In 2002, nearly 34,000 salmon were killed due to water diversions from farms and ranches during a drought year, spurring advocacy efforts like the Klamath River Salmon Run to bring more attention to the river.

In Harold’s words: “The salmon is our history. It’s how we grew strong.”


Growing Up Among the Redwoods 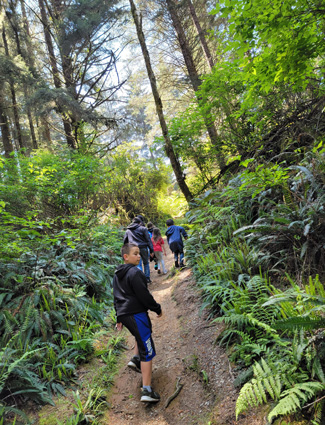 At the Boys & Girls Club of Yurok Tribe, enjoying nature is not just part of programming, but part of life.

The Yurok people live among the redwoods and regularly incorporate hiking, swimming and canoeing into Club activities. Like any kids, youth at Native Clubs find there’s fun to be had playing outdoors. But for the Yurok Tribe, it’s a reminder of who they are, where they come from and their coexistence with their surroundings.

“We do mindfulness exercises and meditation in the redwoods,” said Harold. “We sit in a circle and ask the kids to rest their eyes for several minutes. To imagine they’re a tree and grow roots and don't think about anything. And it's amazing – there’s a whole new vibe after the kids do that. They’re more grounded, connected. It’s like… look at what this place could give you.” 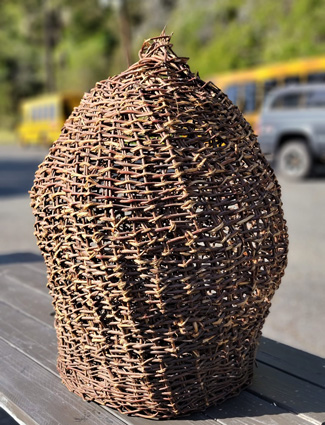 Inside Club walls, kids are given a 21st century Boys & Girls Club experience – safe and inclusive spaces, homework help, mentorship and fun programs – along with opportunities to embrace their Tribal culture and heritage. There’s no better example than when Club staff motivate kids to get comfortable practicing their Yurok language by busting out the karaoke machine. With a microphone in hand, their shyness melts away.

The Club also invites community representatives to share traditions and skills, such as playing stick games (which Harold describes as a combination of wrestling and lacrosse), practicing beading and building eel baskets, which involves weaving willow sticks into a honeycomb shape for trapping eels.

Boys & Girls Club of Yurok Tribe also helps meet community needs with multiple sites. Their Ke’pel Clubhouse is in a rural area nearly a two-hour drive away through winding, gravel roads. When that Clubhouse opened, it created a new support network for local families by providing regular groceries and fresh foods, events and activities for youth.


When the Community Sees the Kids Care 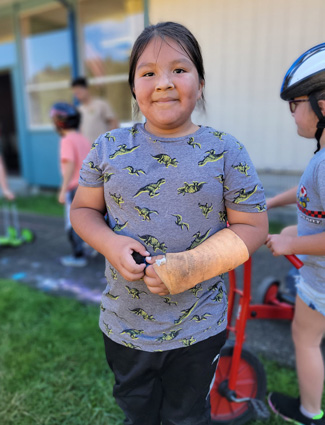 Running along the Klamath River, two Club teens, Chuhls and CJ, would each cover nearly 50 miles from the mouth of the river to the headwaters. Their Club cheered them on, sharing videos and photos on Facebook to show how today’s kids are invested in their Tribal legacy and future.

“It's a good first step in the direction of advocating for your river, advocating for your people and showing up,” said Harold. “It's important for the community to see the kids care about it. A lot of times, kids' opinions get overlooked. But in the right circumstances, when kids show up, it can be a loud presence – because they are the ones carrying the torch for the rest of us.”

Boys & Girls Clubs of America provides mentorship, meals and meaningful life experiences to millions of young people across the nation – including reaching 120,000+ youth on Native lands through nearly 250 Native Clubs. Boys & Girls Clubs are safe, inclusive places where kids learn, grow and have fun. Join us on our mission of helping all young people reach their full potential: