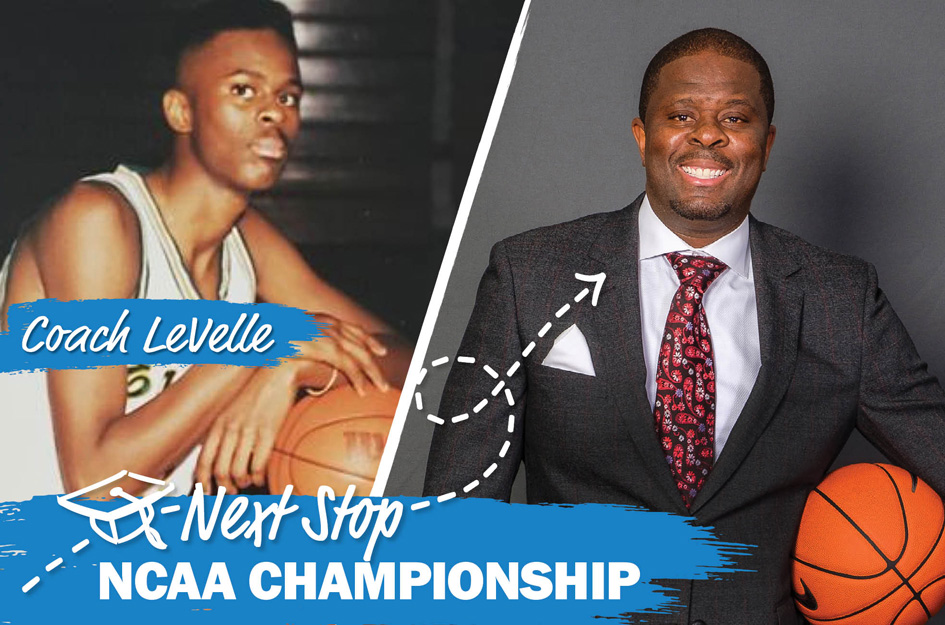 It sounds hard to believe, but $7.50 and a two-liter bottle of Pepsi changed my life.

I grew up during the inception of crack cocaine. In my neighborhood, people were either selling it or smoking it. Drug dealers started recruiting kids as a way to avoid jail time. Because our moms were all struggling to make ends meet, many of my friends started selling drugs to take care of their mothers. The drug dealers armed kids with guns to protect their products. I was in the middle of all this and needed an escape.

One day, my mother drove by a building where I saw kids outside playing. It looked like a field day at an elementary school. I told her I wanted to go there. She pulled up with my brother and me. It was the Raleigh Boys Club. The person at the front desk said it would be "seven-fifty" to join. She thought he meant $750. She told him there was no way she could afford that.

I was 6 years old. My mom paid the $7.50, and it changed our life. From that point on, I walked 4.5 miles to the Boys Club every day for 12 years. It provided me a safe haven from all the drugs and violence happening in the streets.

In the 40 years our housing project existed, only six kids from my neighborhood went to college. Two were from under my mother's roof. The one thing we had in common is that all six of us went to the Raleigh Boys Club.

The Door That Opened a Million More


We all remember our firsts in life. For me, so many firsts happened because of the Club. The first book I ever read was at the Club. I learned to cook at the Club and tried karate there for the first time. I went hiking for the first time in the mountains and pitched my first tent. The Club was where I interacted with people who didn't look like me for the first time — white people, Puerto Ricans, Hispanics. It was a melting pot where I learned things about people of different races I otherwise wouldn't have known.

But 'the first' that stands out most and changed my life was flying on a plane.

When I was 10 years old, I arrived at the Club one day to see Pepsi trucks outside. I figured they were restocking the vending machines. When I walked into the gym, I saw banners and merchandise everywhere. My friends ran up to me and said there was a hotshot competition and I had to participate. My Club mentor Ron Williams explained that you had to make as many shots in a minute as you possibly could, and the winner would receive a two-liter bottle of Pepsi.

I wanted to take that bottle of soda home and feel like I was a man bringing groceries to my family, so I entered the competition. I won. I also happened to break the record for the event, but all I cared about at the time was earning that free two-liter of Pepsi.

Thanks to the Club and Mr. Williams, I went to the national event in D.C. It was the first time I'd been on a plane. It's the first time I'd left the city of Raleigh. And it was the first time I'd ever been out of the housing projects because of my talent. I remember exactly how long the flight was — 39 minutes. I saw things I'd only seen in history books, like the Washington Monument and White House. I met President Ronald Reagan and was on national TV shooting in a basketball competition at the halftime of an NBA game.

Everyone I grew up with only knew the four-block radius of our neighborhood. No one ever went to college. I had now been exposed to something different because of the Club. I knew there was a bigger and better world out there for me.

If I had to pinpoint one experience at the Club that changed my life, it was that. I later played basketball at North Carolina Central University in Durham, North Carolina. I graduated with a bachelor's degree in recreation administration and now serve as the head men's basketball coach there today.

What Would Ron Williams Do?


We teach how we were taught. We parent how we were parented. We coach how we were coached. My Club mentor Ron Williams showed me tough love every day. My goal in life was to receive his validation.

It was June 19, 1989 and I was 15 years old. We were playing in the summer basketball league championship. Our best player sprained his ankle and couldn't play. Mr. Williams pulled me aside and told me he needed me to step up. I ended up scoring 48 points, and we won the game.

After the game, I thought — and hoped — this would be the night Mr Williams told me he was proud of me. Just as I was about to go home, he said the words I’d been waiting for: "I've coached a lot of kids at the Club, and you're the best basketball player I've ever seen." He told me he loved me and would see me tomorrow.

It was the first time a man had ever told me he loved me. If I never went to the Club, I would never have experienced that. I received the MVP award earlier that night. I don't have any trophies in my office, but I still have that MVP plaque hanging on my wall. I didn't care how many newspaper articles said I was good. All that mattered to me was that Mr. Williams thought I was, and that was the night he said it.

When I won my first conference championship as head coach at North Carolina Central in 2014, our team was celebrating on the floor. There were probably 10,000 people in the arena. I heard someone calling my name who was being held back by security. It was Ron Williams. I ran over to him and hugged him. It was one of the defining moments for me. Life had come full circle.

As kids, we'd been hardened by life's circumstances. We didn't realize it at the time, but Mr. Williams prepared us for manhood. I'm tougher and better because of him. Today, I take all the lessons he taught me and apply them in my own way. The essence of who I am as a coach is a compilation of Ron Williams with my spin on it. It's easy for me to recognize a kid that's in need because he recognized the kid who was in need inside me. Whenever I'm recruiting basketball players today, I ask myself one question: Would this kid have made it under Ron Williams? If the answer is yes, he's tough enough. That's how we recruit, and we've had success because of it.

I thank Mr. Williams every day for how he raised me at the Club and for being such an influential person in my life.

Holding the Door Open for the Next Generation of Kids


People often think their purpose is attached to their career. Our careers are what we get paid to do, but our calling is what we were made to do. I discovered everything about myself, who I was and who I was meant to be at the Club. My greater purpose in life is to pay it forward.

For the past 13 years, I've hosted a back-to-school community day giveaway at my Club in Raleigh to provide backpacks and school supplies to kids and families. When I was in 11th grade, I remember my chemistry teacher embarrassing me because I didn't have a scientific calculator. The calculator cost $60, and I was ashamed to go home and ask my mom for one because I knew she couldn't afford it. I never wanted kids to feel that embarrassment or humiliation in front of their peers and classmates.

The other thing I wanted was for kids to be presentable when they go back to school. My mom did the best she could, but she couldn't afford $20 for haircuts. At our back-to-school event, we have barbers and hairstylists on-site so kids can get haircuts. When you look good, you feel good, and when you feel good, you're excited about receiving an education. Even though these kids are from the part of town where they're considered the "have-nots," I want to supply them with those resources to have an equal and fair learning opportunity when they get back to school.

My next goal is to establish a STEAM Center (science, technology, engineering and mathematics) for kids in my community in partnership with the Raleigh Boys Club so those young men and young women can be exposed to new possibilities. Instead of playing video games or rapping, I want them to create the video games and publish the music.


The past year has been even more challenging than usual for teens and young adults. To today's high school graduates, I encourage you to believe in yourself. What I've learned in life is that you have to be your own biggest cheerleader and find beauty within yourself, even when you can’t see it. There's something special about you, and whatever your goal is, you can attain it.

There will be dark days and uncomfortable days where you have to know there's something bigger and greater for you. My father walked out on us and never came back when I was 4 years old. That's the worst thing that can happen to a little boy who thinks his father is his hero. For so long, I was insecure because I felt like the person who created me didn't love me enough to stay, so why would anyone else? Your mind plays tricks on you. But you have to see beyond your present circumstances and fight your way through them.

It won't be easy. You'll face many choices that seem like the easy way out. But always choose to take the stairs. When you believe in yourself, you will reach the top.

Celebrate all the Club kids graduating this year by signing their graduation card.


"We have so many remarkable minds in the areas like where I come from; they just need the support. When you invest in Boys & Girls Clubs, you help find that there are plenty more people like me out there who could be the next spark to change our world." — LeVelle Moton

Before COVID-19, 1 in 6 kids didn't graduate on time. As learning losses, food insecurity and mental health issues increase, more and more kids are falling behind. Kids have had to give up so much during the past year; graduation shouldn't be another thing they lose. Your donation to Boys & Girls Clubs of America will give Club kids like LeVelle Moton access to the safe environment, learning devices, homework assistance and positive adult influences they need to graduate — and open doors to a lifetime of opportunities that may not otherwise be possible.

Thank you for holding the door open to help more kids achieve the great futures they deserve.